Sometimes you just want to stroll through golden sands and pretend that you are the only person in the world. As beautiful as some of the beaches are in Europe – and there are some absolute stunners – there’s something about the sight of a 60 year old stranger in budgie smugglers with a tattooed beer gut saying “Such As Life” that can take the edge off your peaceful oasis just a little bit. I mean, you thought you left that behind when you escaped to Europe.

So, I’ve made it my mission to seek out 8 of Europe’s best, most secluded, beaches, so that you have the opportunity to experience some deserted, tranquility for yourself.

But shhhhh! These beaches are heavenly, hidden secrets – let’s keep them that way.

At the very south of Portugal’s Algarve sits this beautiful beach and nature reserve. Spend some time spotting the sea eagles and falcons floating effortlessly in the blue skies above and watching local fishermen at work, while you enjoy some serious chill time on the sand or in one of the few quiet beach bars.

A beautiful sandy beach that meets the clear, warm Mediterranean water and is a firm favourite with the residents of Ibiza. Although it’s not completely deserted, it is very quiet, and, ok, it is technically a nudist beach – but I’m including it in this countdown because you don’t have to get naked. Some people do, some people don’t, there’s no pressure – you just need to make sure you’re not fazed by those that decided they want an all-over tan. However, feel free to step outside your comfort zone and, as the saying goes, “when in Rome”…

This is where people mainly come to recover from their weekend or just hide from embarrassing themselves in front of Avicii. Expect a slightly hippy vibe but with all the ‘too cool for school’ vibes you’d expect from a trip to Ibiza.

It’s only a ferry ride from Ibiza (there’s no airport so you’ll need to fly into Ibiza and get a ferry across) and although Formentera itself isn’t exactly much of a secret, what is lesser known is exactly how amazing its beaches really are. Less European and more Caribbean, a stay here is definitely more expensive than most other places on the continent, but it’s absolutely worth the cash you’ll have to splash. This is pristine island living at its best.

Sitting off the Northwest tip of the island is Espalmador, a deserted sandy heaven that is about as secluded and pristine as you’re likely to find anywhere in Europe. It may be a little more effort than most places to get to, but it’s absolutely worth the trouble. #nopainnogain

Cabo de Gata is a small, but perfectly-formed beach in the South East of Spain, it’s only really visited by locals and offers a completely untouched and natural feel. Spend time wandering through the local fishing villages, or just enjoying the simplicity of the area’s clean and quiet beach and local wildlife. 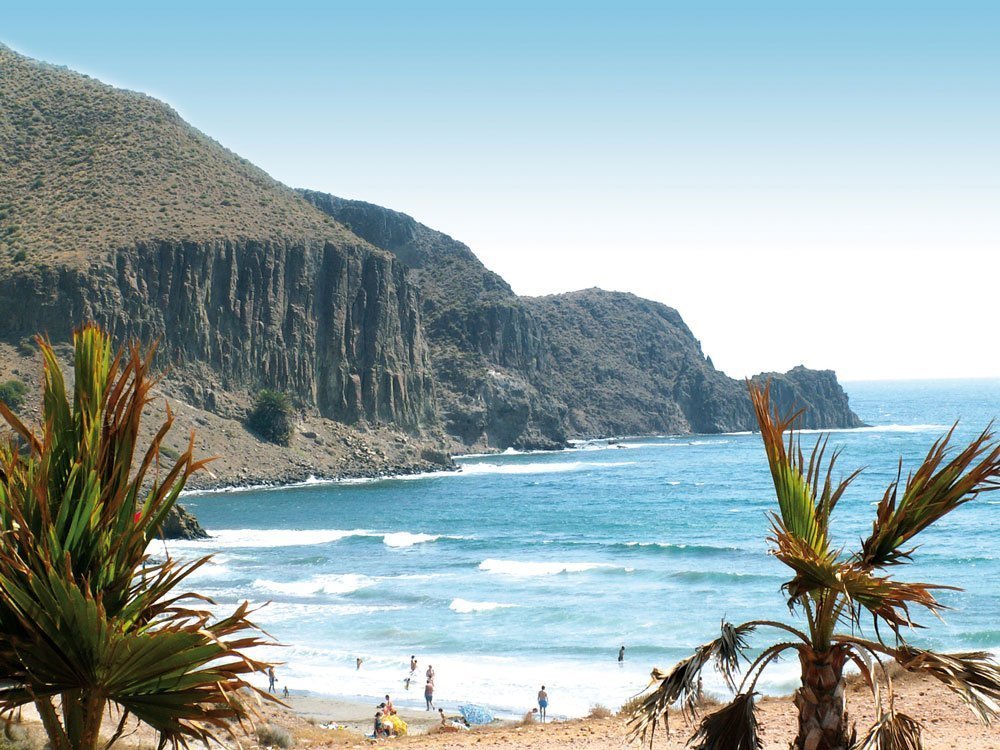 While many of the holiday makers in Sardinia flock to the north coast, a little further south there’s a more laid back, less glitzy, atmosphere to be found.

The coast of Punta Molentis is a beautiful sandy beach, entombed between cliff faces near the village of Villasimius. There’s not a huge tourist trade here, which is why the area often secluded, giving you the chance to enjoy some peace and get to know the real essence of Sardinia.

Myrtos beach is a snug, little hidden cove of a beach, nestled between rocks on the Greek island, Kefalonia. It’s not quite as quiet as the others on the list – unfortunately spots as beautiful as this will only stay a secret for so long – but you’ll struggle to find somewhere more impressive. It’s one of Greece’s most photographed beaches, and they have a lot to choose from!

It’s back to Greece for our next choice and probably the most secluded beach of them all. Smuggler’s Cove can only be reached by boat and offers a lot more than just turquoise waters and golden sands. You’ll be able to explore the 25 year old ship wreck that is half buried under the sand and may even – if you’re lucky – get to swim among sea turtles in the warm surrounding waters.

There’s a bit of effort required to get to this kilometre line of soft sandy beach that meets that stunning turquoise sea. However if you think about it, all the best places do require effort; otherwise they aren’t going to be secluded and hidden from the crowd. You’ll need to take a boat and walk the rest of the way but it’s always quiet and absolutely worth it. If you aren’t feeling like a little bit of an hour hike, you can take a horse-drawn cart (yes, seriously).

Rolling green hills cascade down to meet a small stretch of sandy beach and some of the most beautiful water you’ll find anywhere in France. I mean, if Kylie Minogue treats herself to a holiday here, it’s good enough for us!

Oh did we mention, sometimes you might find a couple of cows just enjoying the view and sandy white beach too.

Rent a car and head down to the Delimara Peninsula, Malta for a spectacular blue-lagoon-type deserted beach hidden from the rest of the world at the foot of a rocky cliff face.

Take the small path down to the small but perfectly-formed beach – it’s the ideal spot for some cliff jumping, snorkelling and sunbathing.

Craving some sun? It’s not too late to secure your spot on a Contiki adventure and get some awesome savings! See you in Europe.